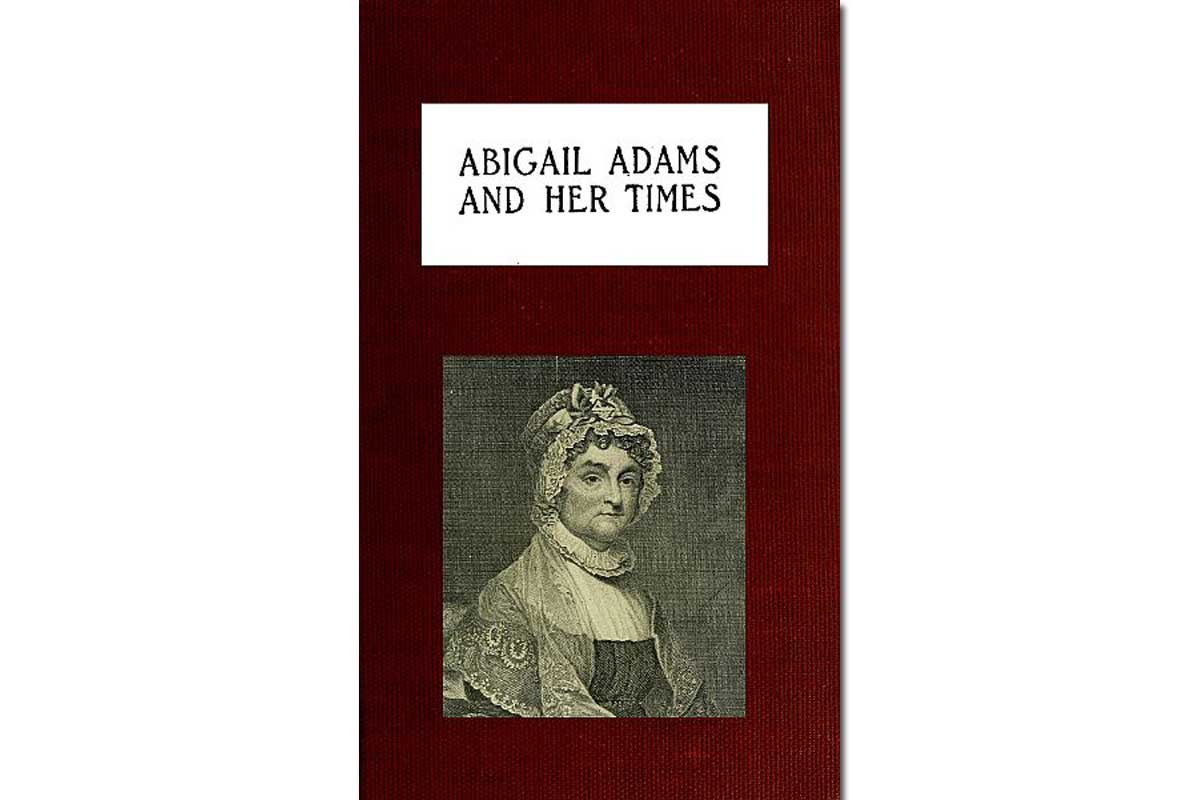 Abigail Adams and Her Times by Laura E. Richards is a recommended biography on many homeschool reading lists. This title for middle school readers is available as a free eBook in the public domain.

As many know, Laura E. Richards was the daughter of Julia Ward Howe (“Battle Hymn of the Republic”). She wrote dozens of stories for young girls. But she also wrote biographies including those of Florence Nightingale, Joan of Arc, and her parents.

In this biography, Richards tells the story of Abigail Adams, wife of the second president of the United States, John Adams. Pulling from letters and other primary sources, the biography covers the birth of Abigail Adams through her death and that of her husband eight years later.

There were to be no more alarms for Abigail Adams; no more thunder of cannon or marching of troops: the rest of her life was peace. She had the joy of welcoming her eldest son, after his foreign service of eight long years, and of seeing him appointed Secretary of State. This, her grandson thinks, was the crowning mercy of her life. A few years more, and she might have seen him exalted to the loftier office which his father had held; but this was not to be. In October, 1818, she was stricken with typhus fever; and on the 28th day of that month, she died.

All Through the Ages
This title by Christine Miller contains everything you need (and then some) to find literature resources on topics you are studying such as the American Revolution. Read our full review!

Abigail Adams and Her Times by Laura E. Richards
Reputable paperback version for those interested.

The Education of Abigail Adams
Lesson plan from FirstLadies.org.

We have updated our October learning calendar for 2022. Educational resources to help you enjoy fall!

Free 27-page unit study for grades 4–8 covering rockets, space flight, and astronauts based on the flight of Liberty Bell 7,

Students will have a much easier time remembering how to spell words as they are taught in context. The Aldine Speller takes this approach. Free