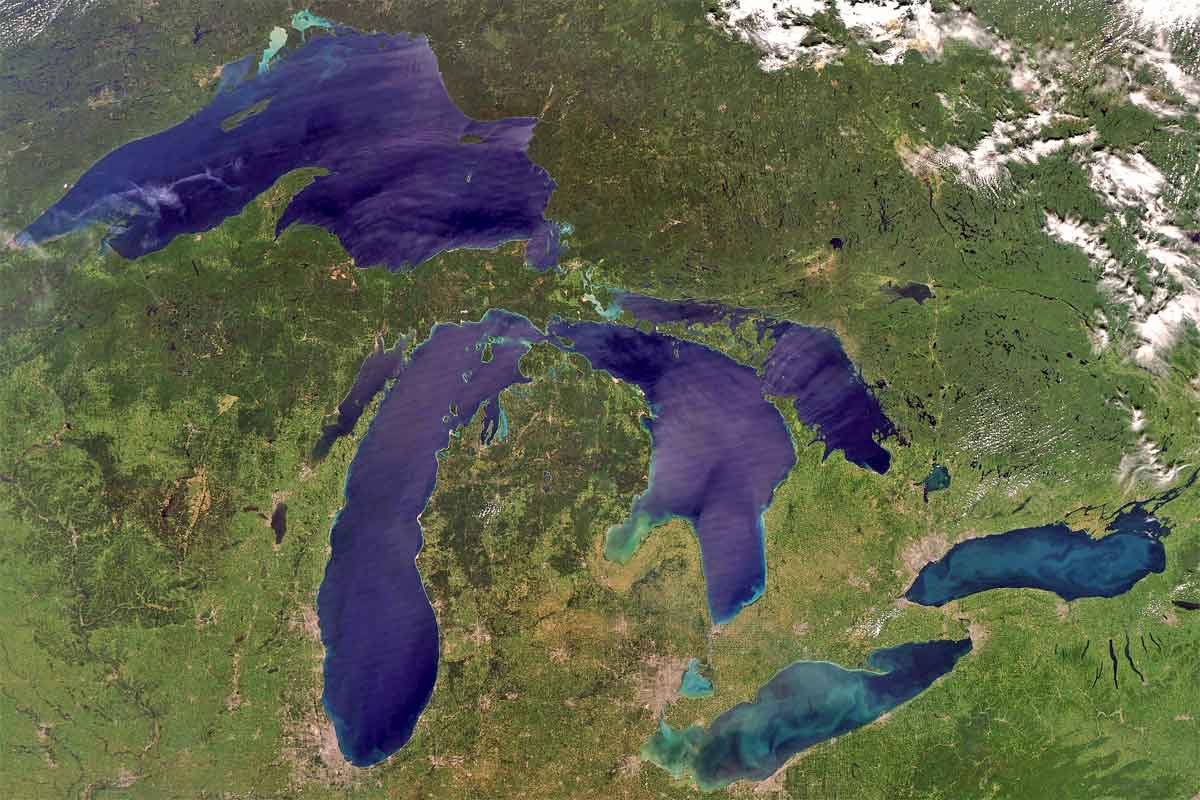 In an audacious campaign, La Salle’s expedition was manned by 300 French colonists and was intended to be encompassed with a magnificent Native American army. Quarrels, piracy, shipwreck, desertion, sickness, and Indian attacks took their toll, the explorers found themselves lost 500 miles west of their destination due to a broken compass and some faulty observations, and a mutiny erupted. Nevertheless, the plan was characteristic of La Salle, a man who dared all for French glory. On March 19, 1687, La Salle died in Texas, marking the end of an ill-fated expedition to control the mouth of the Mississippi River and wrest control of Mexico from Spain.

As a young boy, La Salle’s greatest interests were science and nature. He relinquished his inheritance to study with the Jesuits, but found that he was too fond of adventure to make a good priest. La Salle left the Jesuits, which in turn left him destitute. Necessity drove him to North America, where his older brother Jean labored as a priest. Arriving in 1666, he set up a village on the Island of Montreal, took up farming, built a fur-trading outpost, and started learning the Iroquois languages.

But La Salle was evidently not content with these achievements. He heard from the Seneca tribe that a great river called the Ohio flowed into a certain Vermillion Sea. Hoping that this would prove to be a direct route to China, La Salle sold his land and set off on July 6, 1669, with nine canoes, 24 explorers including himself, and a number of Seneca guides.

La Salle traveled up the St. Lawrence, then across Lake Ontario. As far as historians have been able to piece together from fragmentary secondhand accounts, La Salle’s own illness and the desertion of much of the rest of his party forced him to stop short of the Mississippi for the time being.

In 1673, La Salle was put in command of Fort Frontenac on Lake Ontario. He subsequently set up other forts to support fur-trading in the New World, and he did eventually go on to explore the Mississippi River and the Gulf of Mexico.

Credit for discovering the Great Lakes typically goes to the French. Jacques Cartier is the first known white man to have entered the Great Lakes region, which he did in 1535, although the presence of hostile Indians prevented him from approaching the lakes themselves. That honor was left to Friar Joseph Le Caron and Samuel de Champlain, who reached Lake Huron in 1615.

Champlain then proceeded overland to Lake Ontario. Etienne Brulé is believed to have subsequently traveled to Lake Superior in 1622, and Jean Nicolet reached Lake Michigan in 1634. While a few historians speculate that Brulé may have found Lake Erie as early as 1615 or that the Jesuits reached its shores around 1640, Louis Jolliet typically receives the credit for discovering it in 1669, long after Champlain had died.

Louis de Hennipin was the first to portray the Great Lakes on a map with approximately correct boundaries. Hennipin’s maps were based largely on older maps and revised according to the observations of Jolliet and Marquette. The maps were published in a book titled Description de Louisiane in 1683.

The Great Lakes are a series of interconnected freshwater lakes, a lake being a large landlocked body of water. Most people consider the Great Lakes to be as follows:

Hydrologically, however, there are technically four Great Lakes instead of five. Lakes Michigan and Huron join at the Straits of Mackinac, theoretically making them one: Lake Michigan–Huron. The flow between the two lakes frequently reverses direction.

The Great Lakes drain over 200,000 square miles of land. They empty into the Atlantic Ocean via the Saint Lawrence River. The chain of lakes marks the border between the United States and Canada, Lake Michigan being the only lake that is entirely within the United States. The shoreline of the Great Lakes system extends over 10,000 miles.

The lakes contain about 32,000 to 35,000 islands, depending on the water levels. Some of these islands are little more than points of rock sticking up from the water, while others are quite sizable. The largest is Manitoulin Island in Lake Huron. Manitoulin is the largest island in any inland body of water in the world, and it has the peculiarity of containing several lakes of its own. Lake Manitou, for instance, is the world’s largest lake on a freshwater island, while Lake Mindemoya contains yet another island—Treasure Island.

The Great Lakes are known for producing lake-effect snows. The lakes often have considerable areas of open water even in the winter. When the prevailing winds from the west pass over these bodies of water, they carry the warm, moist air with them. When this air contacts the drier, colder air on shore, the moisture concentrates into narrow bands of heavy snow.

A unique feature of the Great Lakes is the ice volcano. In the winter, when the lakes are icy, storm winds sometimes form powerful waves in the remaining open waters, which erupt through the surface of the ice in a spout of slush. As the water falls back to the surface of the ice, it freezes into a conical mound like the cone of a volcano.

Some people refer to the Great Lakes as inland seas due to their wide vistas, rolling waves, and great depths, all characteristic of the ocean. Indeed, while the Great Lakes contain many plant and animal species common to smaller lakes, such as trout, they also boast a few species that could only survive in deeper waters. These include the opossum shrimp and a spiny fish known as the deepwater sculpin. And then there is the microscopic life—it has been estimated that a single drop of water from the lakes may contain 1 million bacteria cells and 10 million viruses! Unfortunately, invasive species have moved in, as well, such as the quagga mussel, the zebra mussel, and several species of water flea. Blue-green algae blooms have also been a problem in recent years.

Along the shoreline, the Great Lakes region was historically covered with forest, except for a small portion near southeastern Lake Michigan where savanna and prairie predominated. Logging, agriculture, and urbanization have significantly altered the landscape over the years, in some places more than others. The shores of Lake Superior are still 91% forested, while Lake Erie retains only 21% of its historic forest cover.

Despite its disturbed state, the Great Lakes region nevertheless remains an important habitat for an impressive array of wildlife. Native mammals include the beaver, the moose, the river otter, the gray wolf, and the Canada lynx. Millions of birds migrate through the region every spring and fall. Some of the important bird species of the Great Lakes region include the bald eagle and the endangered Kirtland’s warbler.

Because freshwater islands are comparatively rare, the islands of the Great Lakes provide another very unique habitat for flora and fauna. Species tend to be found in isolated pockets on the islands. Many of the islands possess dune grasslands ecosystems that can be found nowhere else but in the Great Lakes region. Another rare ecosystem of the Great Lakes islands is the alvar grassland, characterized by sparse vegetation growing in little to no soil over a bedrock made of limestone, dolomite, or marble. The colder islands in the northern regions of the Great Lakes are known for harboring arctic-alpine plants such as the small-flowered anemone. Caribou live on the Slate Islands of Lake Superior.

A key part of life in the Great Lakes region is the Great Lakes Megalopolis. This is a group of metropolitan areas extending from the Midwest to the Saint Lawrence Seaway, but also includes major urban centers on transportation corridors at some distance from the lakes themselves. The major cities in this region include:

The waters of the Great Lakes are plied by barges, icebreakers, bulk freighters, pleasure boats, and car ferries. The freighters carry materials such as coal, potash, limestone, and iron ore from nearby mines and quarries, as well as grains for export. A few small cruise ships and some sailing ships carry passengers around the lakes for pleasure. Other recreation-seekers enjoy yachting, kayaking, diving, kitesurfing, powerboating, and lake surfing.

Around the Great Lakes is an area of extremely fertile land that supports many types of agricultural pursuits. It is estimated that about 15% of America’s dairy production comes from the Great Lakes region. The rich soils and abundant waters are also well suited to growing corn, soybeans, hay, and sugar beets.

The Great Lakes region is home to a number of industrial giants, most notably the automobile manufacturers Ford, GM, and Chrysler. Other manufacturers in the region are involved in the aerospace and chemical industries. Additional industries of importance in the Great Lakes area include education, health, mining, energy, and logging.

Facts About the Great Lakes
At ScienceWithKids.com.

About Our Great Lakes
Information on each of the Great Lakes at NOAA to help with suggestions above.

The Great Lakes Dashboard
Water levels for each lake at NOAA.

Michigan Shipwrecks
Interactive that looks at what lies in the Great Lakes below.

The Voyage of Doom
Interactive exploration of La Salle’s ship at PBS.

Great Lakes Map/Quiz Printout
For wrapping up from EnchantedLearning.com.

Great Lakes Activity Book by Paula Ellis
Some may find this book helpful when it comes to maps and printables. Includes basic facts, maps, puzzles, and a page for each lake.

The Great Lakes: An Environmental Atlas and Resource Book
Free download from the EPA contains great printables for creating a Great Lakes notebook!

The Life Savers {Free eBook & Activities}
Some of the life-saver stations were on the lake coasts. More information on life savers, lighthouses, and more!

Paddle-to-the-Sea by Holling C. Holling
Fun tie-in. A carved canoe that starts in the Great Lakes and travels to the Atlantic Ocean. From a favorite author.

July Learning Calendar 2022 ~ Things to do this month include traveling, exploring, crafting, reading, and otherwise enjoying the sun!

For someone with an interest in sailing ships, Ships & Ways of Other Days will be an engaging read. Free eBook.

Over the years we have gathered an amazing collection of quality resources for celebrating the 4th of July!