Learn more about the president from The Book of Knowledge:

The chief officer of the executive part of the government is the president, chosen for a term of four years….

The president must be a “natural-born citizen of the United States,” at least thirty-five years old….

The president is commander in chief of the armed forces, though no president has ever taken the field in person….

The president has power to make treaties with foreign governments, but two-thirds of the members of the Senate must approve before the treaties can go into effect. With the consent of the Senate, he appoints ambassadors, ministers and consuls to represent the nation in other countries, and many other officers.

The president is instructed to give Congress every year information on the state of the Union together with his recommendation for future action.

Enough has been said to show that the president is a very powerful head of state, much more powerful than most kings. Yet there is little danger that any president will ever become a dictator or tyrant. The people can turn him out before he becomes too strong if he should attempt to misuse his great powers; or he can be impeached by the Senate.

“How the United States is Governed” from The Book of Knowledge

United States Presidents Timeline
Timeline for each president at Apples4TheTeacher.com.

The Presidents Timeline
Biographies for each president from the White House Historical Association.

Learn More About Each President
At WhiteHouse.gov.

The President of the United States
The details for younger students at Ben’s Guide.

The Executive Branch
Details from WhiteHouse.gov.

White House — Facts
The history of the building from The History Channel.

The Second Floor
Tour the second floor of the White House.

East Room
Tour the East Room of the White House through history.

Green Room
Tour the Green Room of the White House through history.

Blue Room
Tour the Blue Room of the White House through history.

Red Room
Tour the Red Room of the White House through history.

The Modern Presidency
Interactive at Learner.org that has students select the proper president’s role for the appointment.

Presidential Portraits
One for each to view.

President for a Day
Interactive from PBS Kids investigating what it is like to be the President of the United States.

The American Presidency
Interactive from the National Museum of American History exploring the various roles of the president.

The White House
Print and assemble!

Deconstructing History: The White House
A fast look at the president’s home from the History Channel. (You may want to install an ad blocker before viewing.)

If I Were President: 11 Presidents Day Activities
Quality ideas from Scholastic including making a White House Book and balancing the budget!

The President’s Roles and Responsibilities
Lesson plan from the National Endowment of the Humanities.

Roles of the President
What exactly does the president do? Another excellent resource from the White House Historical Association.

Changes to the White House: 1830–1952
Continues where the above resource leaves off.

Lifespan of Each U.S. President
Timeline for notebook.

How to Become President {Free Poster}
Great download for notebook.

Presidents Coloring Pages
A coloring page for each president through George W. Bush at White House Kids that can be downloaded as one PDF. 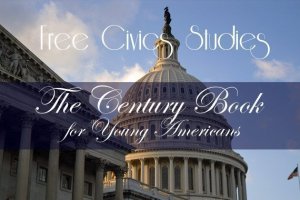