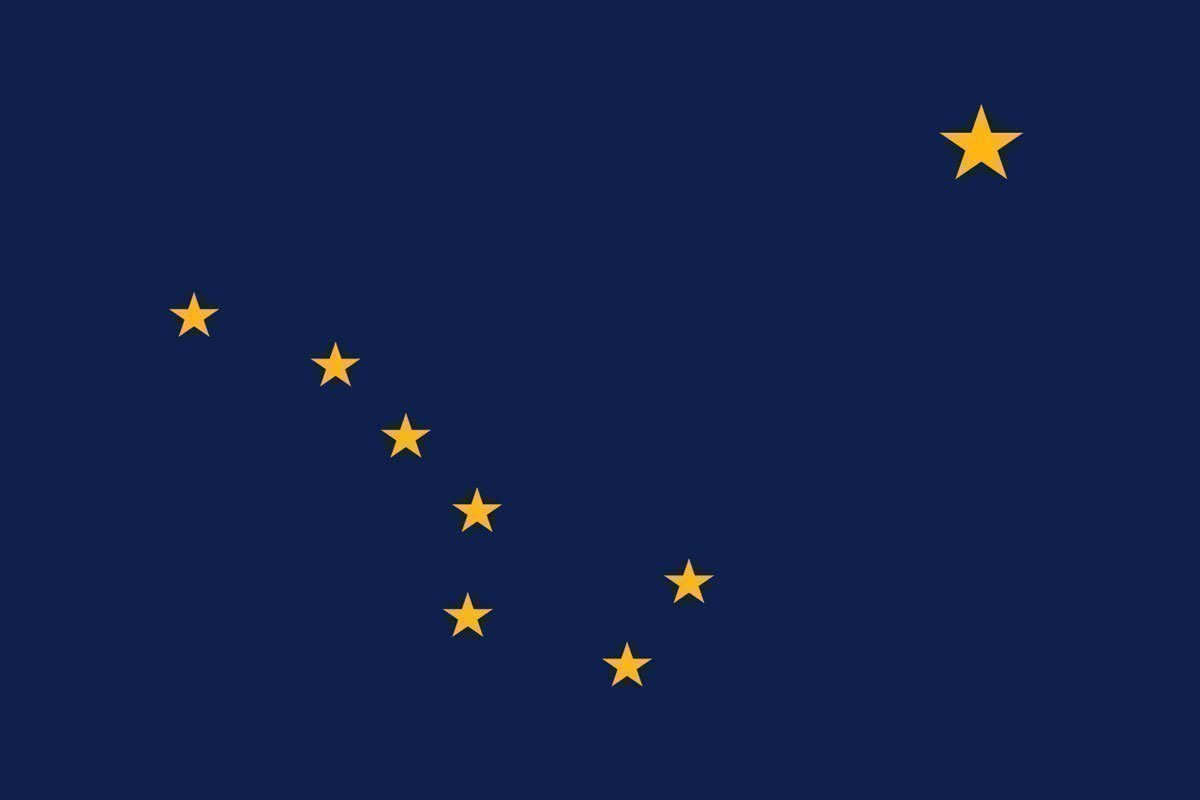 On this day, January 3, 1959, Alaska became the 49th state of the United States of America. Purchased from Russia on March 30, 1867, for the total sum of 7.2 million dollars, Alaska was later organized into a territory on May 11, 1912. One of two U.S. states not connected to the 48 contiguous states, Alaska is the largest state, and yet ranks 47th in total population with the lowest population density in the U.S.

Exploration of Alaska began in the early 1700s by the Russians. In 1741 an expedition was led by Vitus Bering for the Russian Navy, and in 1784 the first settlement was established. Three primary groups of Alaska natives lived in Alaska at the time that the first groups of Europeans arrived — the Aleuts inhabiting the Aleutian Island chain in the west, the Eskimos residing in the northern regions including the North Slope region, and a diverse group of Indians living in the interior regions. The Russian-American Company was created as a semi-official arm of the Russian government to manage the Russian colony in Alaska.  They established Sitka as the capital, and in the early 1800s, began to increase settlement of the area.

In 1860 the U.S. government, in keeping with the “Manifest Destiny” doctrine of gaining more control of the North American continent, began assessing Russia’s willingness to sell Alaska. At the time, Russia was nearing the end of a civil war, the Russian-American Company was in serious financial trouble, and the Russian government could not provide the funds required to keep the company afloat. On March 29, 1867, Russian Minister Edward de Stoeckl informed U.S. Secretary of State Henry Seward that the Czar had agreed to sell Russian interests in Alaska to the U.S. The two drafted a treaty that night, and on June 20 of the same year President Andrew Johnson signed the treaty in which Russia agreed to relinquish control of Alaska for 7.2 million dollars in gold, or $0.02 per acre, and the right to retain all property it held. On October 18, 1867, the transfer was completed, the transaction becoming known as “Seward’s Folly.”

From 1939 to 1941 the military presence in Alaska grew from 1,000 to 35,000 soldiers as tensions between the U.S. and Japan grew, resulting in new roads, airfields, and military bases. In June 1942, Japan invaded the islands of Attu and Kiska in the Aleutian Island chain. This was the first time since the War of 1812 that American soil had been occupied by hostile troops. In May 1943 the occupying troops on the island of Attu were defeated by American troops. On August 15, 1943, a combined force of American and Canadian troops attacked the island of Kiska only to find that it had been abandoned by the Japanese.

In 1955 the territorial legislature of Alaska authorized the formation of a constitutional convention as a push toward statehood gained steam. In April 1956 the state constitution was written and approved by voters, and two senators and one representative were sent to Washington, D.C. Although the U.S. Congress did not recognize these elected officials, their effective lobbying for Alaskan statehood resulted in the Alaska Statehood Bill, signed into law by President Dwight D. Eisenhower. In August, Alaskans accepted the federal law and later that year voted for their first state officials. On January 3, 1959, Alaska was proclaimed to be the 49th state.

Alaska is the largest of the 50 states in the United States with a land area of almost 600,000 square miles. Over 65% of the state is owned and managed by the U.S. federal government, with private property amounting to approximately 1% of the total acreage of the state. It has the longest coastline of any of the states, actually longer than all of the other states combined. Alaska can also claim to be the most eastern, the most western, and the most northern state in the U.S., stretching across both sides of the international date line. Juneau, the capital, is not connected by road to the rest of the state or to the rest of the North American Highway system, but must be reached by ferry.

The Alaskan climate varies over its immense size from mid-Atlantic oceanic to subarctic. The highest temperature recorded was 100°F at Fort Yukon on June 27, 1915. The lowest was -80°F at Prospect Creek on January 23, 1971. Due to its diverse ecosystem, Alaska is the home of caribou, wolves, polar bears, grizzly bears, moose, walrus, mountain goats, otters, and foxes.

Starting in the early 1890s and lasting for a period of about 20 years a series of gold rushes began bringing many new settlers and miners into Alaska. During this period the Iditarod Trail became the main route through Alaska and was used to transport supplies to the villages along the trail all the way to Nome.

Today oil and oil field services dominate economic activity in Alaska, the state receiving nearly 80% of its revenues from this industry. The first oil well in Alaska was drilled in 1896. Additional exploration eventually led to the discovery and production of oil near Katalla on the Gulf of Alaska. Production ended after a refinery fire in 1933, disabling the plant. No additional production occurred in Alaska until the discovery of the Swanson River Field on the Kenia Peninsula in 1957. In 1968 Atlantic Richfield hit oil in Prudhoe Bay which turned out to be the largest oil field ever discovered in North America. Also discovered on the North Slope of Alaska was North America’s second largest oil field. From 1974 to 1977 construction of the Trans Alaska Pipeline was underway. Once completed, the 800-mile, 48-inch-diameter pipe could carry more then 2 million barrels per day from Prudhoe Bay to Valdez where they are loaded onto tankers for transportation. Since the completion of the pipeline, and due to huge revenues generated by oil production and transportation for the state, the personal income tax rate has dropped from 14.5%, which was the highest rate in the U.S., to 0%.

Label the following on a map of Alaska (see Notebooking Pages below):

Check For Alaska
Copy of the check that purchased what would become the 49th state.

The Geography of Alaska
In-depth (and interesting) look at the physical geography of the state.

Alaska by Region
Discusses the features of the five geographic regions of the state.

Daylight
In some areas of Alaska, the sun doesn’t set for 84 days!

Alaska Recipes
Cook up something the Alaska way!

Interactive Map Maker
Make and label your own map of Alaska.

Mik-Shrok by Gloria Repp
Two young missionaries are in the unsettled Alaskan Territory in 1950. Mik-Shrok and his fellow huskies are an answer to a prayer. Exciting first book in the Adventures of an Arctic Missionary series.

The Alaska Gold Rush by May McNeer
One of the popular Landmark Series books.

Stickeen by John Muir
Quick but exciting read about dog, man, and the cold regions of Alaska. In the public domain.

The Migration North to Alaska
A “Teaching With Documents” lesson plan from the National Archives covering The Alaska Purchase Treaty, The Cancelled Check and Receipt, the Gold Rush, natural resources, modes of transportation, migration and settlement, homesteading and citizenship, and statehood. Students examine and evaluate documents in these open-ended investigations assisted by a Document Analysis Worksheet and a Photograph Analysis Worksheet.

Iditarod: A Unit Study
Lots of resources for exploring the famous Alaskan race.

Beaver
Unit study on the beavers of Alaska.

U.S. States and Capitals Map
Color Alaska and write in the capital on this printable at PrintableMaps.net.