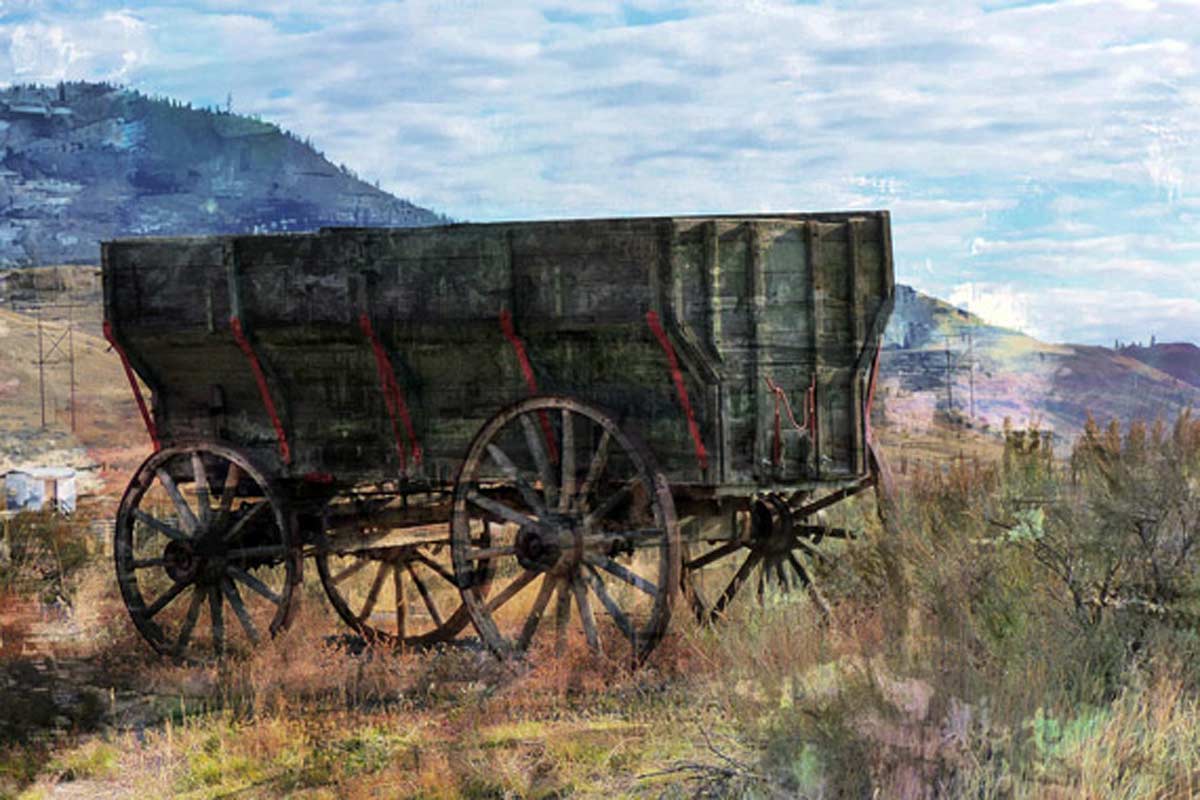 Horace Greeley, the famed creator of the New York Tribune, was born on this date, February 3, in 1811.  He entered his glory days as an editor during an exciting time in America’s history.  Opportunity abounded, especially in the unclaimed territory of the West, where America’s families were rushing.  Greeley staunchly supported westward expansion with the celebrated line, “Go West, young man, and grow up with the country.”  Or did he?

Horace Greeley and the West

A perusal of Greeley’s writings suggest that his words have been frequently misquoted and misapplied. To those who sought to escape poverty, Greeley unhesitatingly said, “Go West!”

But Greeley’s idea of “going West” was simply getting out of the city. He advocated settling the promising farmlands of the still sparsely settled Midwest. Places like Iowa and Illinois offered the most hope for young Americans, as they offered employment and opportunity.

Traveling across the plains and mountains in a covered wagon, however, was “palpable homicide” according to Horace Greeley. If the migrating masses weren’t murdered by Indians, they would undoubtedly starve to death. For many years, Greeley did his utmost to discourage the pioneers from their mad fancy.

Maybe it was a little mad.  Countless historians have tried to give a reason for the westward movement, but with limited success.  The stories told by propagandists were so painfully far-fetched, who could really believe them?  Maybe it was healthier on the Pacific coasts than in the southern swamps, but the frail would have to survive extreme heat, drenching rains, early snowstorms, and other types of exposure before they arrived.  Those seeking economic freedom could still find it in some of the Eastern states.  And as for the Manifest Destiny doctrine bellicose politicians were spouting forth, what effect could British possession of the distant Northwest possibly have on the Americans living just south of the British possession of Canada?

Perhaps the only way to explain westward expansion is to recall the mentality of the time.  The days of logical Constitution-writing were over.  America had embarked on a new era — an era not of reason, but of romance.  Westward expansion did little to appeal to the unimpassioned calculations of the mind, but it certainly captivated the imagination and thrilled the nerves.

“Horace Greeley”
Chapter from Hidden Treasures by Harry A. Lewis that offers a brief but interesting biography.

Pioneers
ThinkQuest covering who were they, why they traveled west, what they took with them, how they lived, and more.

Crossing the Plains, 1865
Eyewitness accounts at EyewitnessToHistory.com of what it was like.

Exploration 1800
A map of the various routes to the west.

Building a Sod House
Interactive activity from the Smithsonian where you are settling on the open prairie.  How will you build your house?

Jed Smith: Trailblazer of the West
This book published by Christian Liberty Press tells the story of one of the original mountain men and explorers of the west.

The Prairie Traveler
Written by Capt. Randolph B. Marcy in the mid-1800s, this was one of the handbooks the green pioneers used to guide their way.

Buffalo Bill
One of the beloved d’Aulaire books republished by Beautiful Feet.

Journal of Travels Over the Rocky Mountains
This journal by Joel Palmer describing his trip west reads like a book.

Little House on the Prairie

What better way to travel with the pioneers than through the Laura Ingalls Wilder books?

Westward Ho!: An Activity Guide to the Wild West by Laurie Carlson
A fun activity guide covering horses, Lewis and Clark, fur traders and mountain men, the Gold Rush, covered wagons, the prairie, and the range.

More about Horace Greeley along with more information and resources from our free history studies.

Go West, Young Man!
32-page Core Knowledge unit aimed at younger students that includes many hands-on activities along with printables at the end.

Enjoy our other Westward Expansion units!